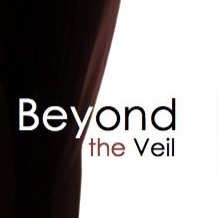 Lifting the veil off theatre

We regard ourselves as a very innovative theatre company, and always try to bring something new to each play we stage. However, in saying that, as we approach staging our third play, certain things have become 'Beyond the Veil' traits...

These things appear in each of our plays, and have become our calling-card.
(7th April, 2016)
Beyond the Veil is an Abu Dhabi-based, non-profit, innovative community theatre company dedicated to staging plays tailored for the Emirati market.

The LAST thing we would EVER want to do is offend anybody...
There are two reasons we chose Beyond the Veil as the name for the theatre company:

Firstly, Beyond the Veil aims to lift the veil off theatre, thereby making it more accessible to the audience.  What does this actually mean... The veil we're looking beyond are the trappings of theatre.
Theoretical connections... Peter Brook’s empty space discusses stripping away the distance between actor and audience, to reinforce the concept that theatre is reality, and is all around. Grotowski’s Poor Theatre was “focused on actors in a space using their skills to create the world of the drama without expensive sets, lighting or costumes” (Clausen 2004, p. 53). He concentrated on the actor-audience relationship, returning it “to its root, ridding it of all the fancy trappings” (Tourelle and McNamara 1998, p. 188).
Secondly, one of the meanings of the phrase 'beyond the veil' is how you shouldn't judge a person by the way they look, that you should in fact look further than clothes and outwardly appearance in order to fully understand a person.  This is examined in Fatima Mernissi's book entitled Beyond the Veil.  This book explores gender dynamics in a modern Muslim society and how Islam treats women as equals to men, and respects them. Through her exploration, It shows the importance of the hijab or veil.
Applying this to theatre... we want the audience to look further than the stage, and to see the reality beyond the performance.

This is what we mean by "Beyond the Veil".

Oops! This site has expired.

If you are the site owner, please renew your premium subscription or contact support.